The large format collection of thirty-six plays published in 1623—the “First Folio”—was a commemorative volume compiled by Shakespeare’s colleagues in the theater. It was printed by William Jaggard, who had a long history of selling Shakespeare. Jaggard’s involvement with Shakespeare must be contextualized within his business as a printer and publisher, and these items include several of the books that were important to him. 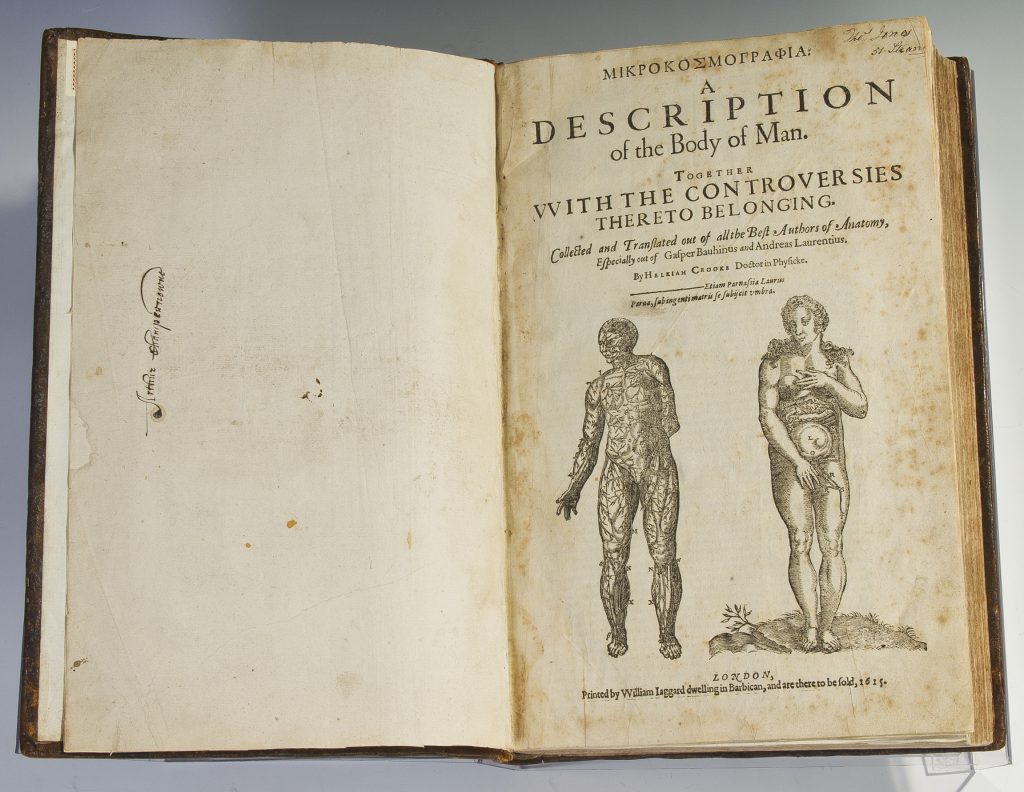 #27
Helkiah Crooke, 1615: Mikrokosmographia, or a Description of the Body of Man 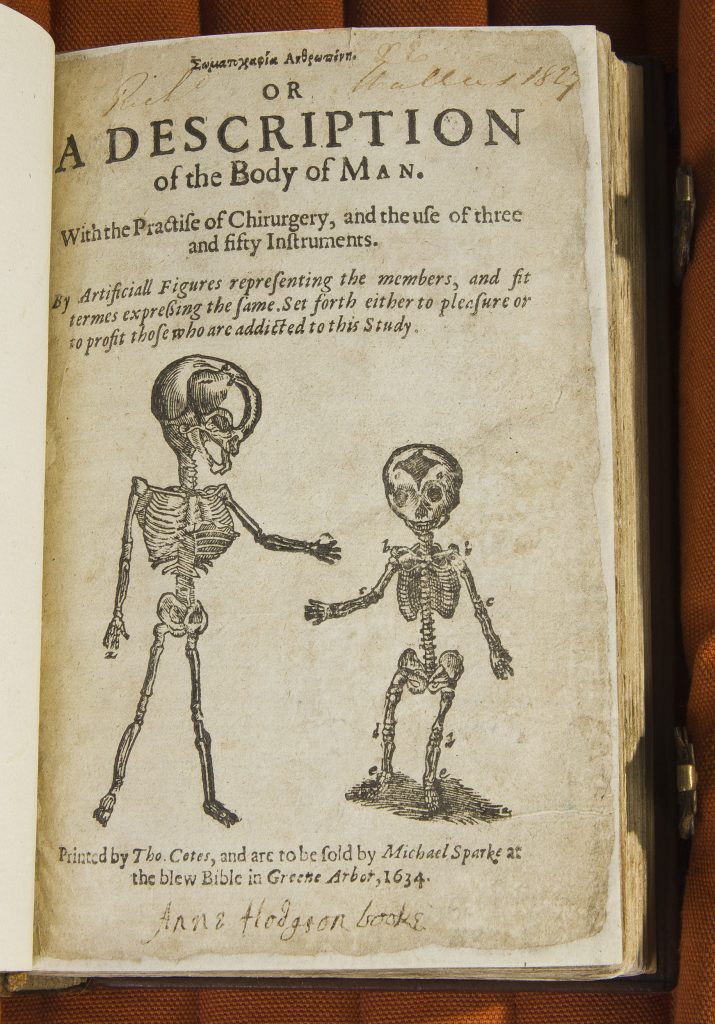 #28
1634: Somatographia Anthropine, or a Description of the Body of Man 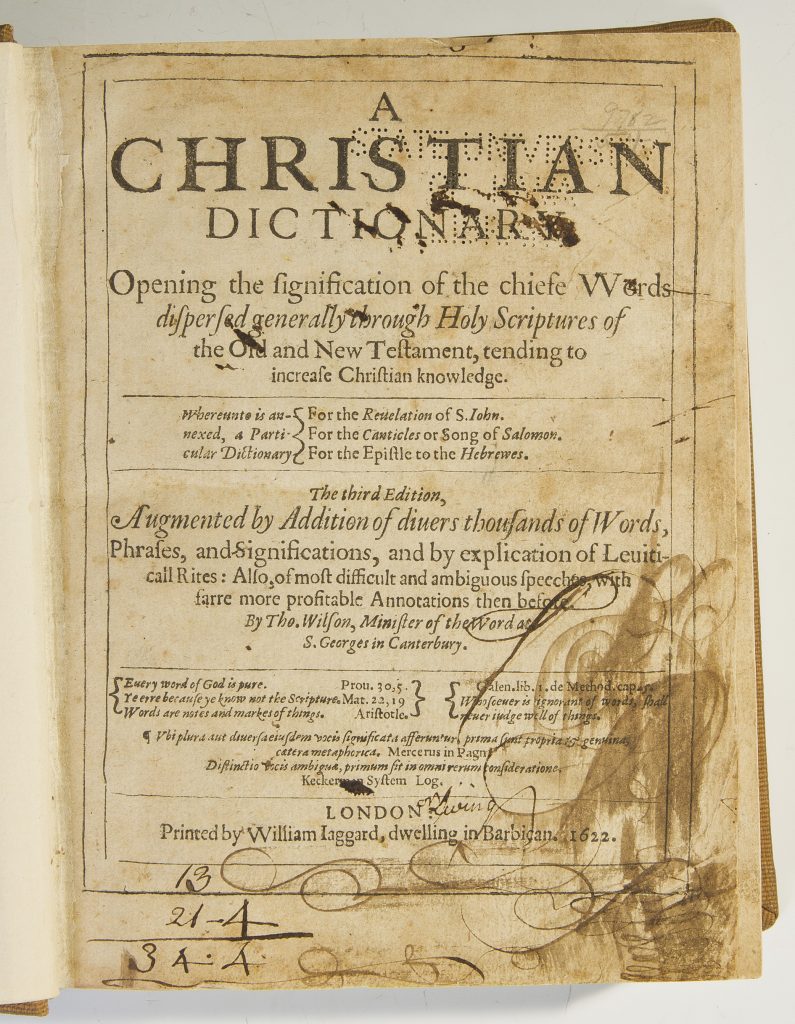 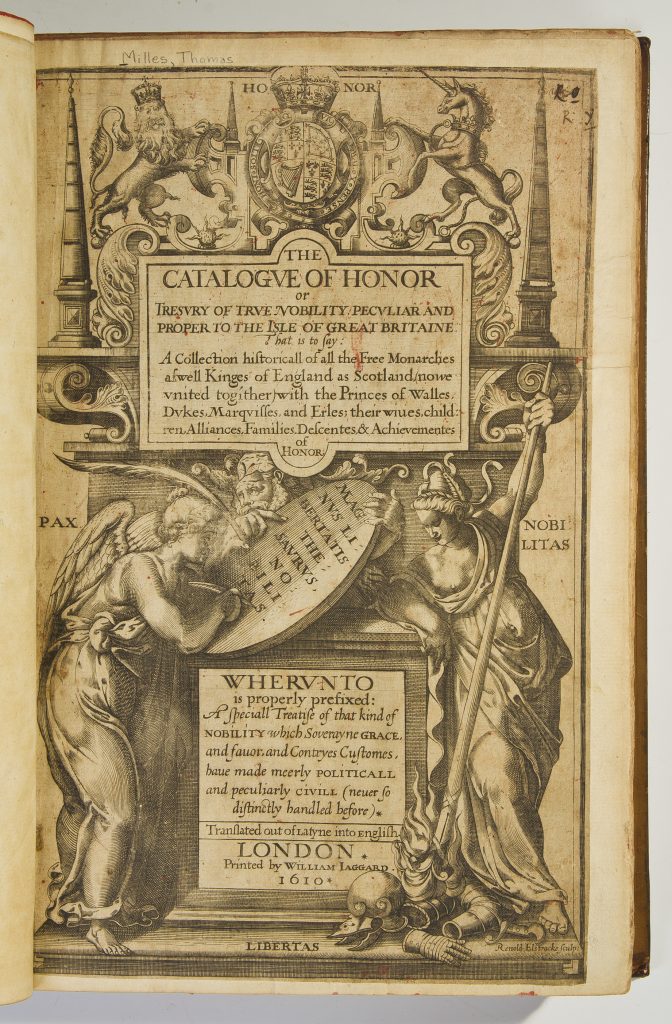 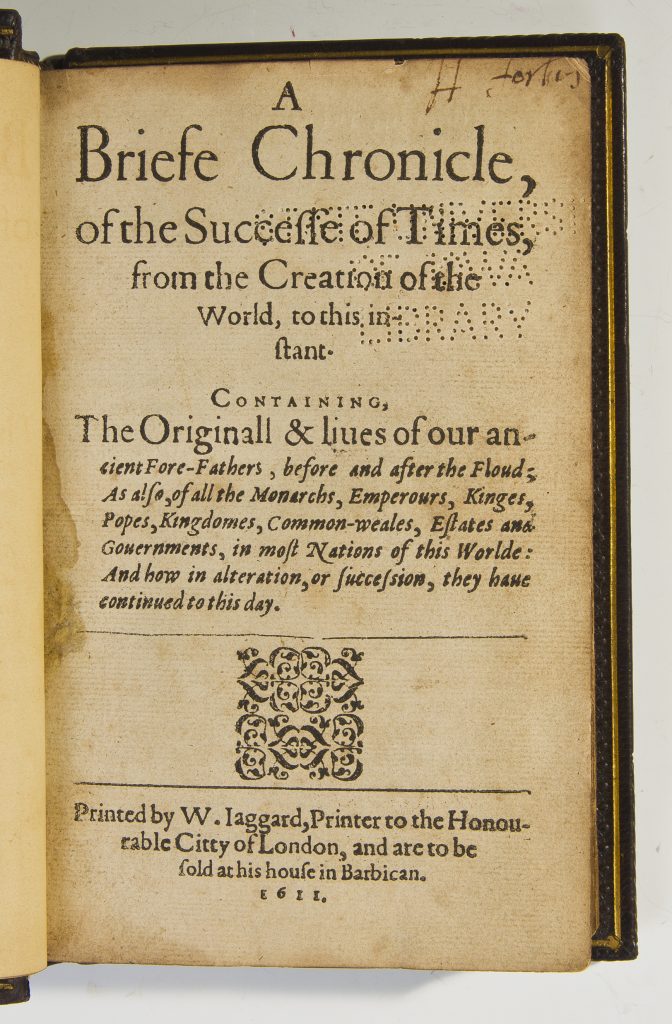 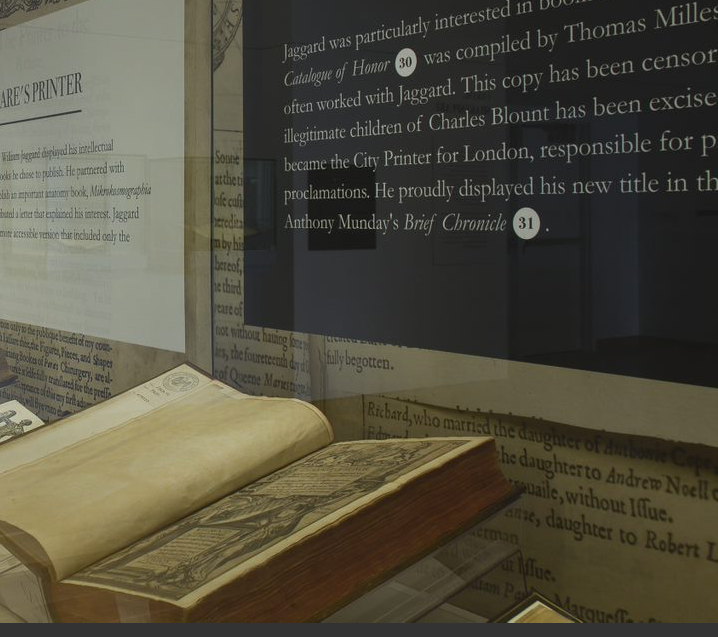 Shakespeare remained popular in print even as his plays were adapted. This reprint of Othello advertises both the original and the recent performances of the play. Performances of Nahum Tate’s adaptation of Richard II were stopped by the authorities, so he relied on the published version to vindicate himself. John Dryden and William Davenant turned The Tempest into a comic opera, while George Lillo adapted Pericles by focusing on the story of the daughter Marina. Playwrights often wrote prefaces and prologues to explain and justify their adaptations of Shakespeare, reflecting on the ways in which Shakespeare had inspired their new creations. 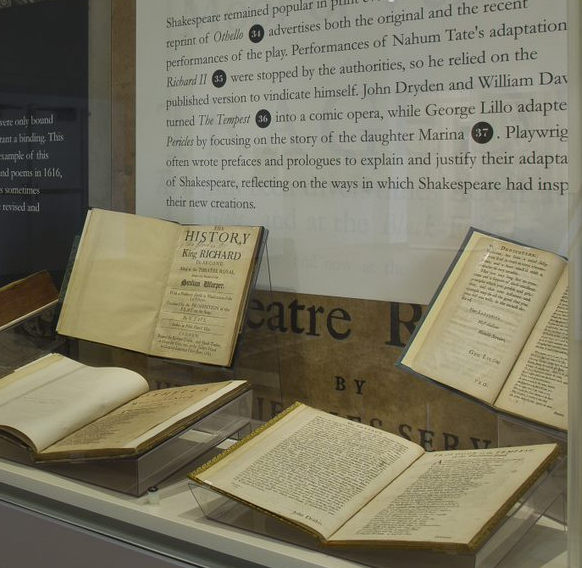 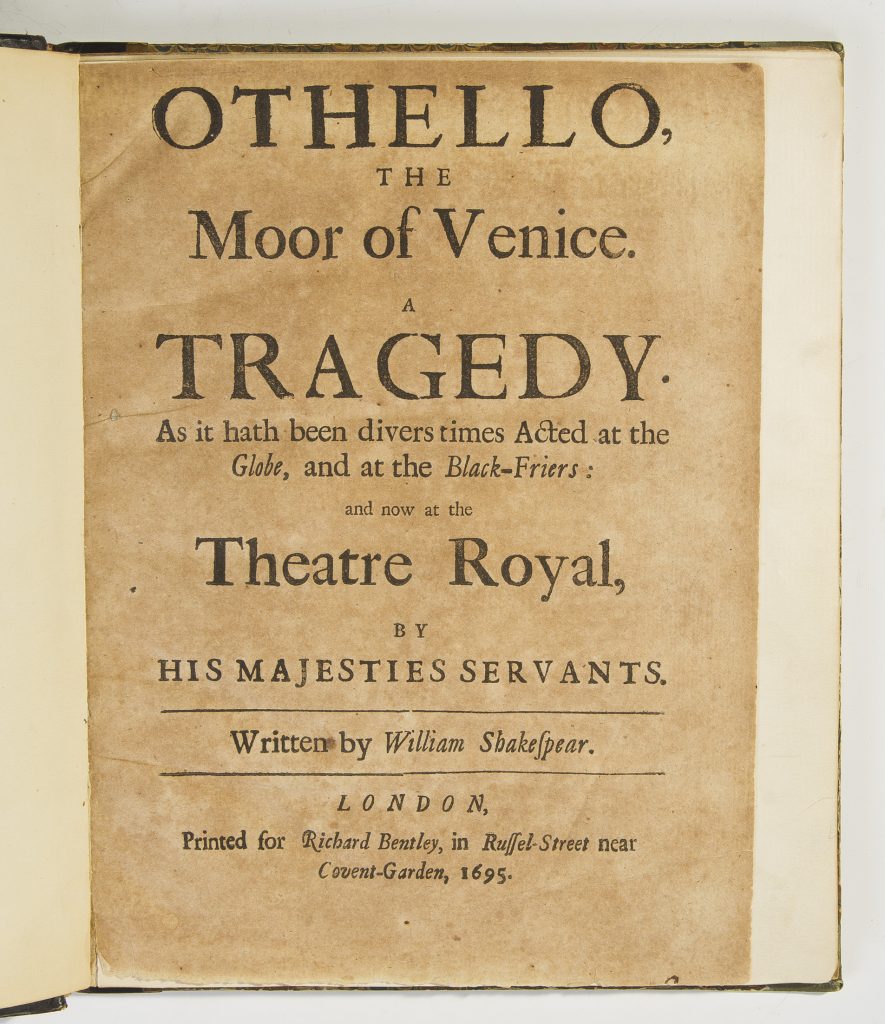 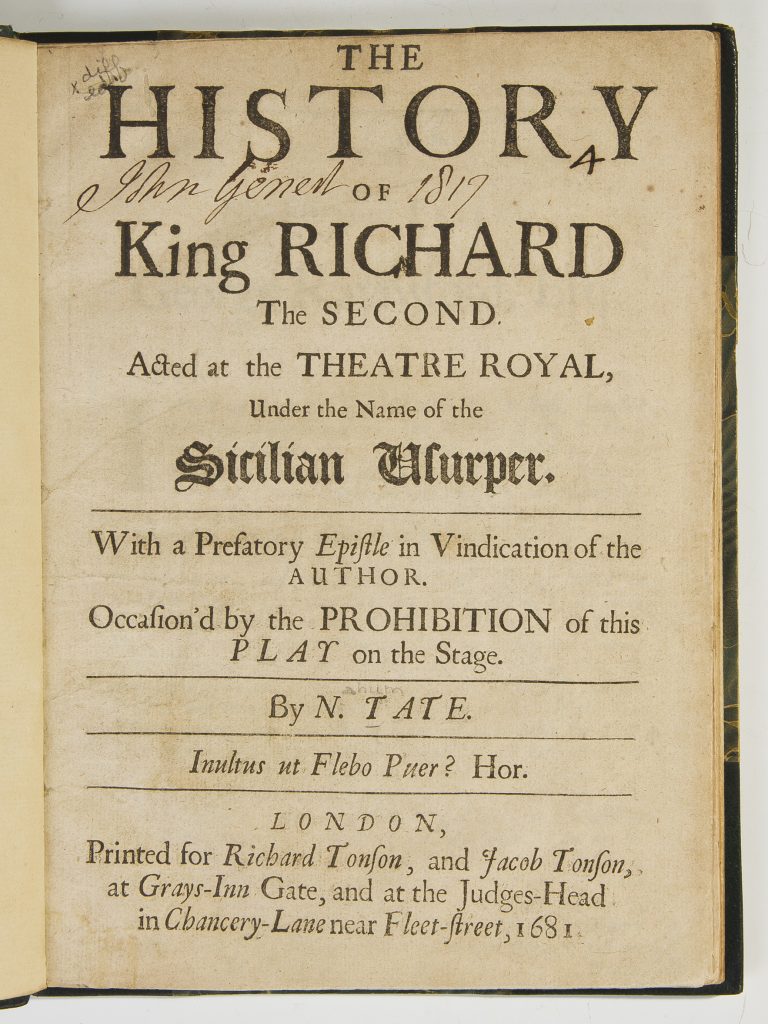 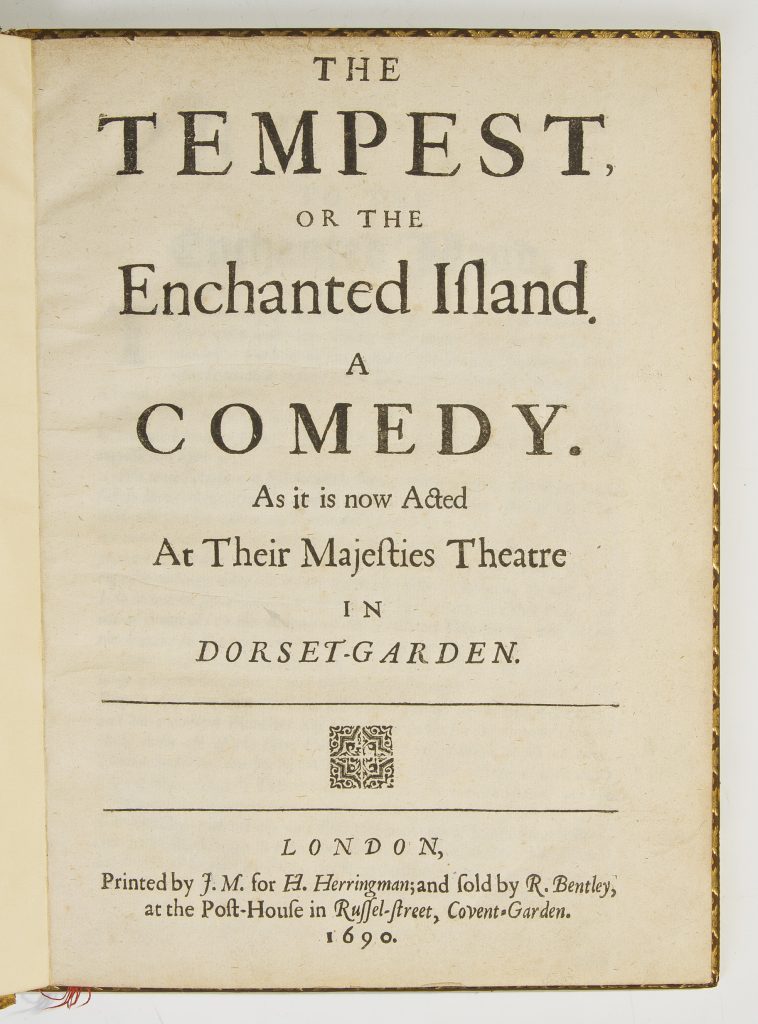 #36
John Dryden and William Davenant, 1690: The Tempest, or the Enchanted Island 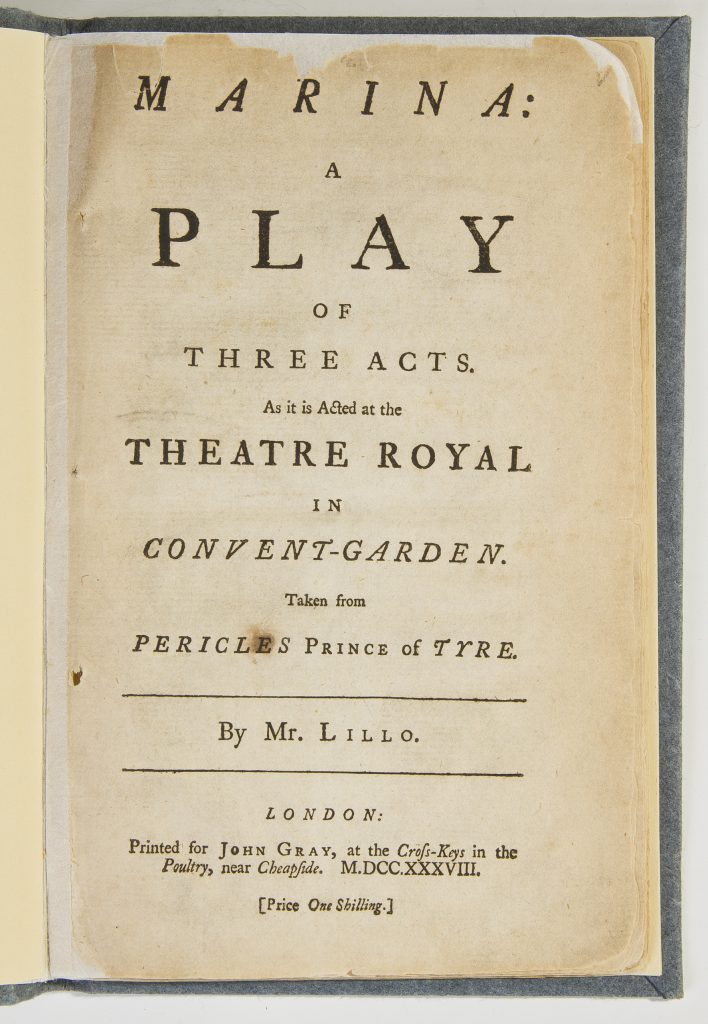 Individual plays were sold as unbound pamphlets, and were only bound together when a customer had collected enough to warrant a binding. This bound volume of plays published separately is an example of this common practice. Ben Jonson collected his own plays and poems in 1616, designing an impressive title-page. However, he was sometimes mocked for including “plays” in his “works.” 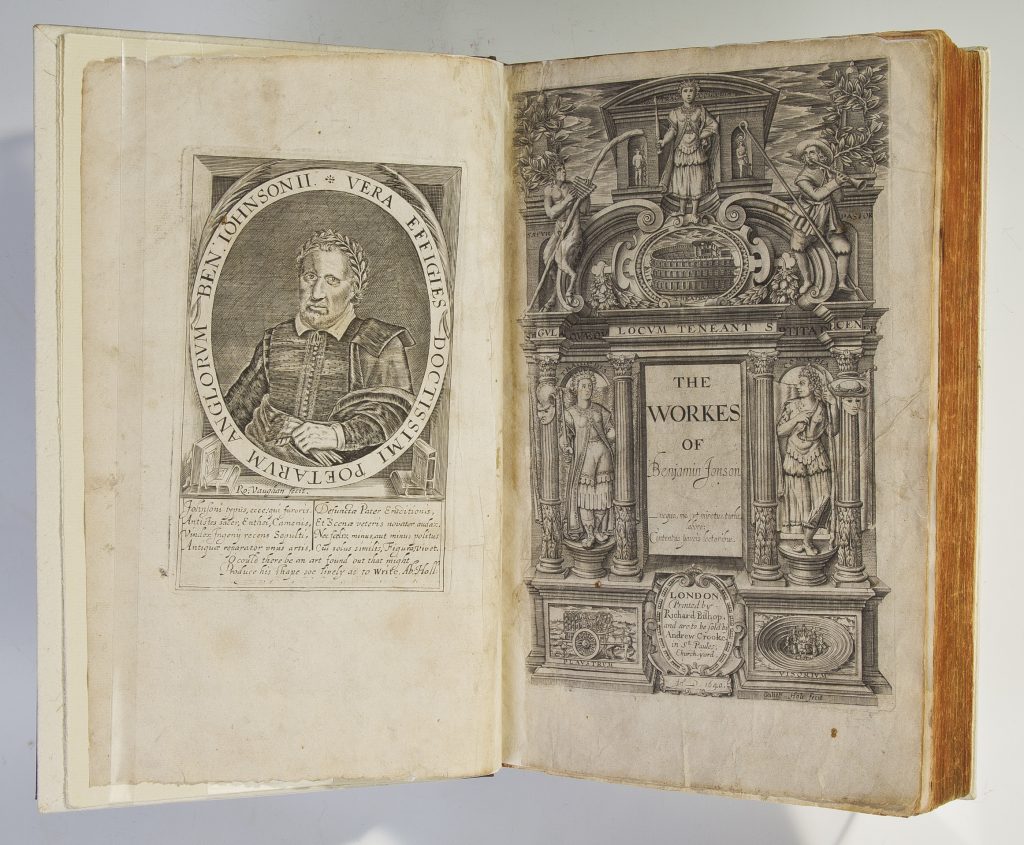 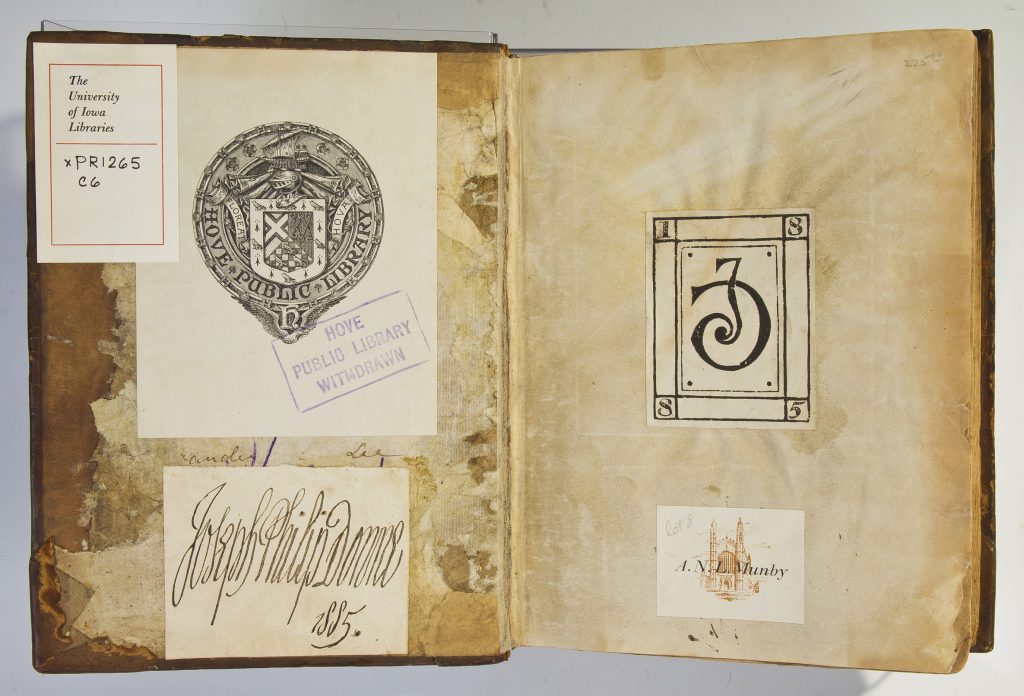