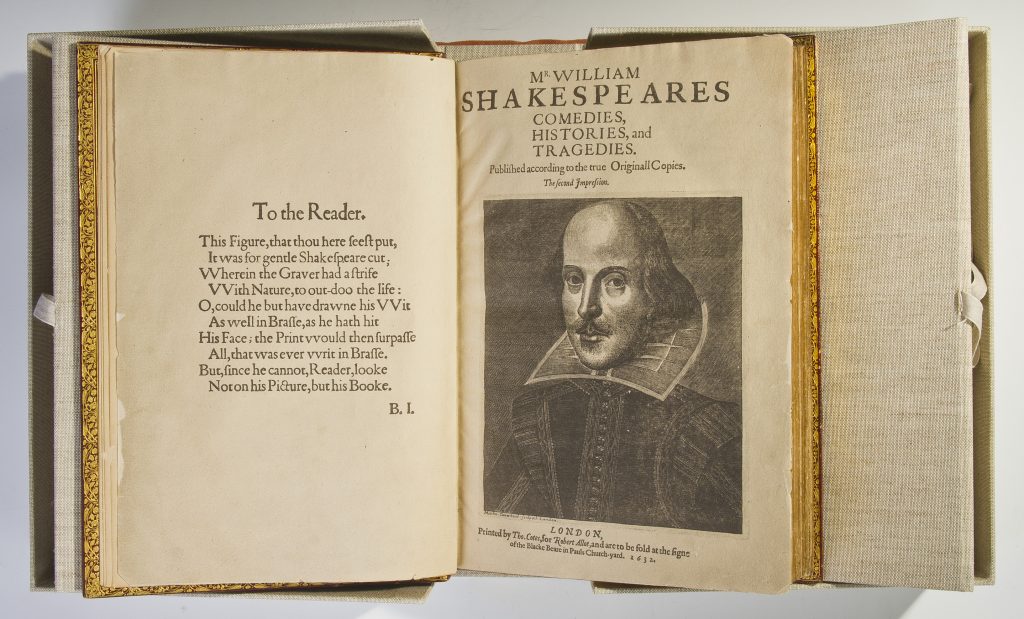 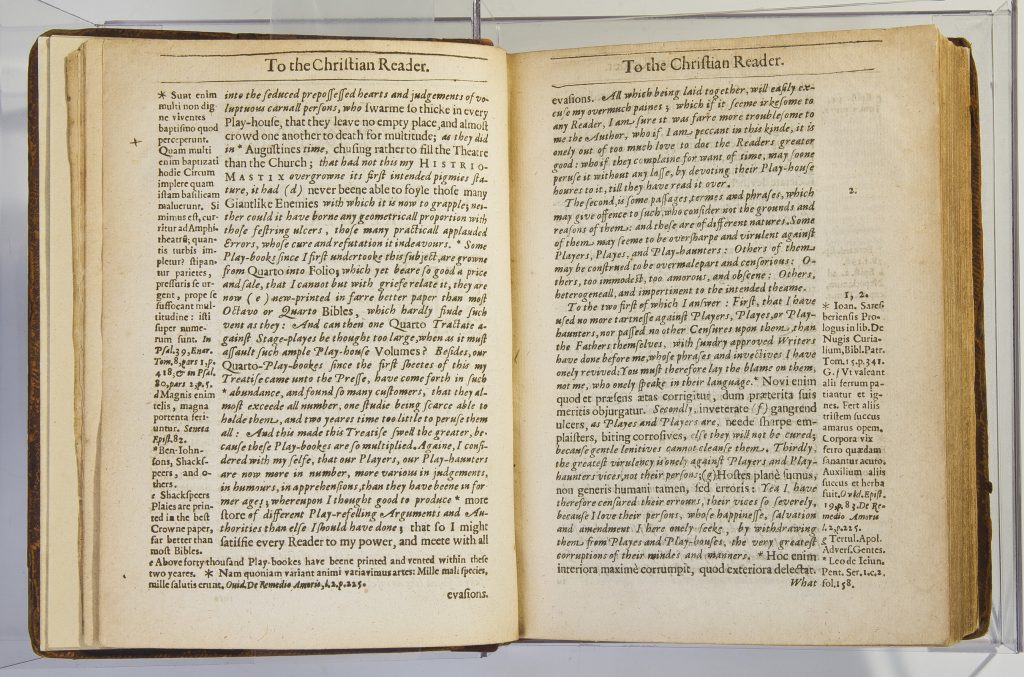 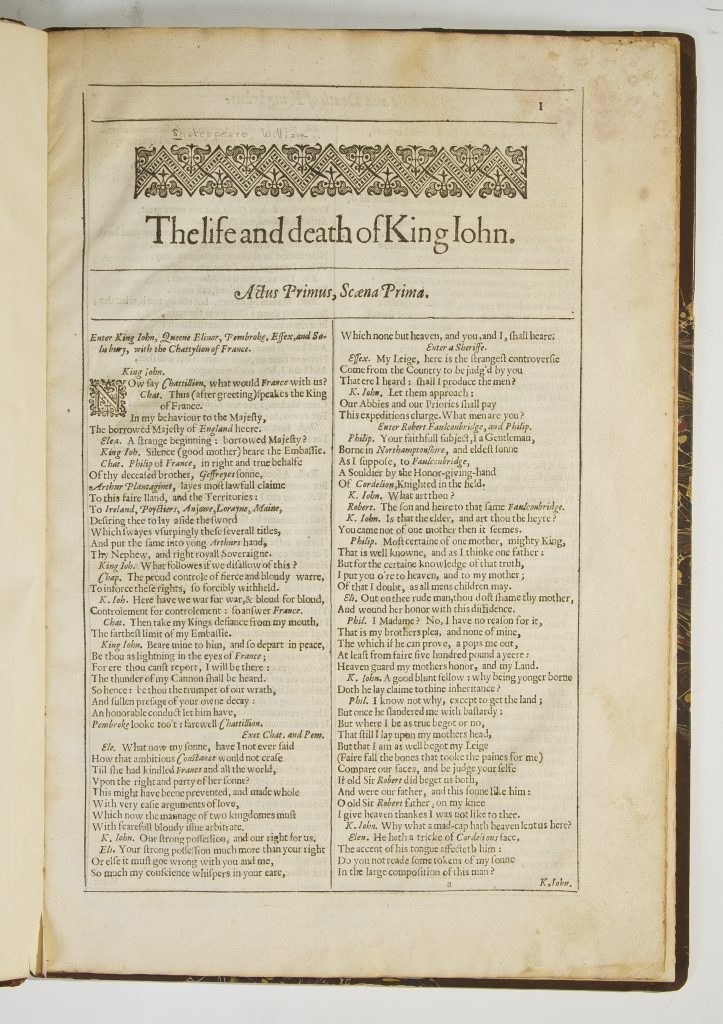 Shakespeare’s life was defined by his afterlife in print. The interests and investments of members of the book trade defined Shakespeare’s identity as an author. Booksellers began to collect, classify, and catalogue his plays, and so the first biographical accounts of Shakespeare were based on the bibliography of his works. Shakespeare’s plays were not considered great books, but they were recognized as good business. It was the buying and selling of Shakespeare’s books that made Shakespeare. 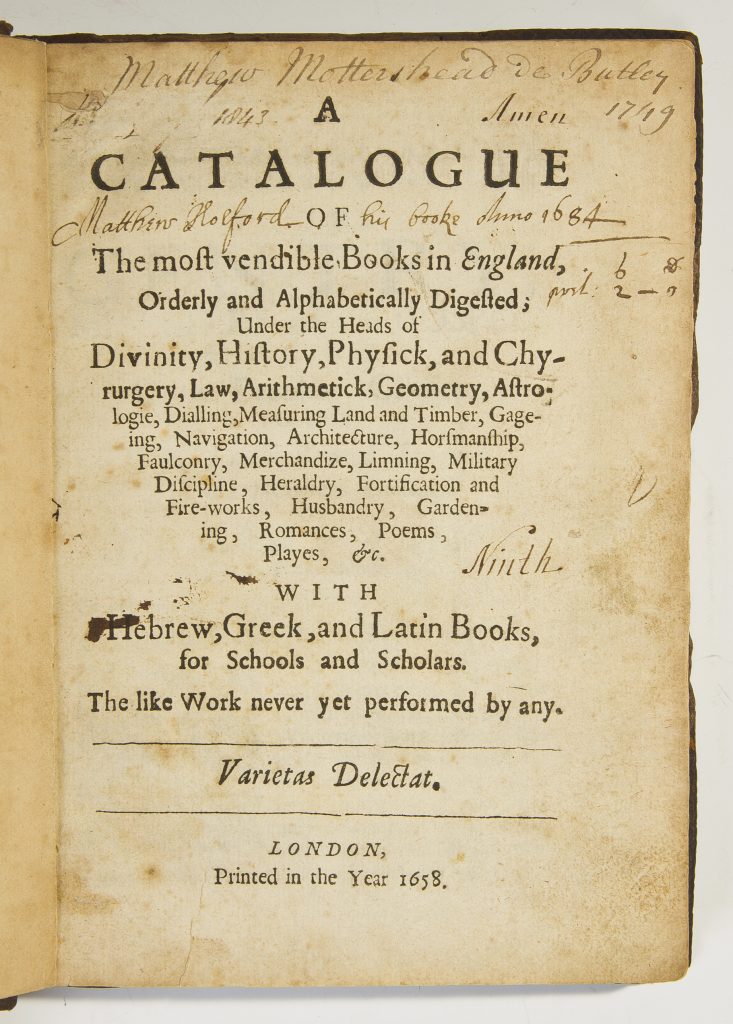 #43
William London, 1658: A Catalogue of the Most Vendible Books in England 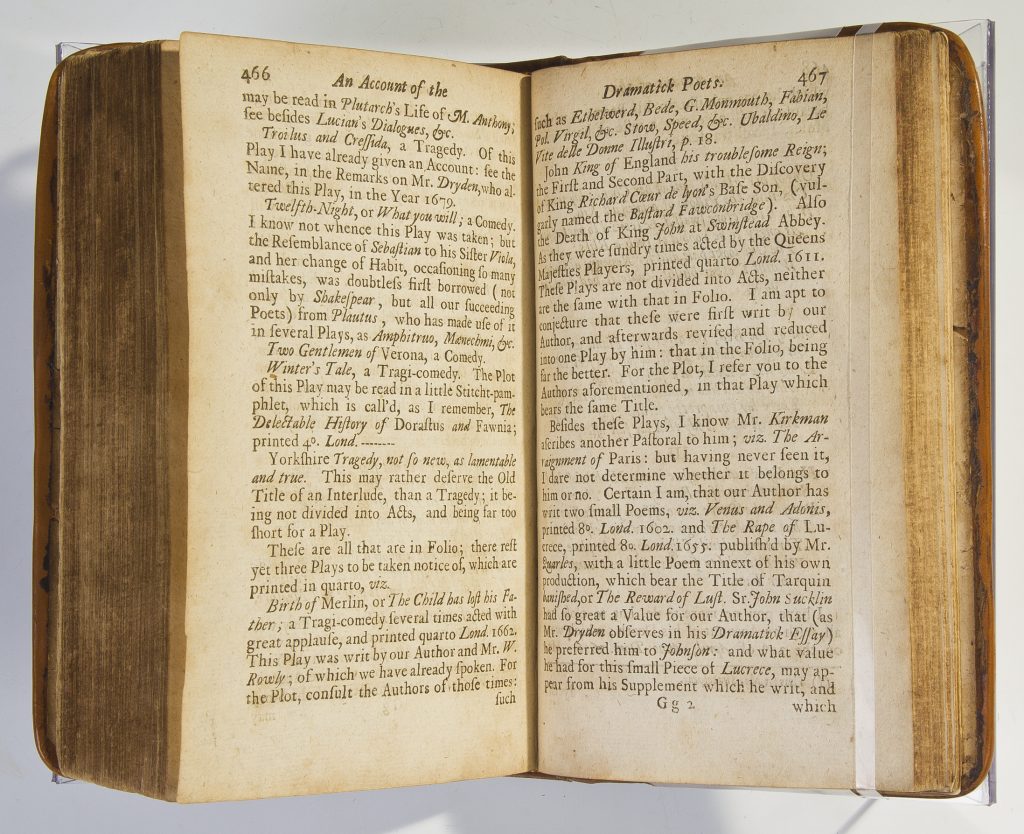 #44
Gerard Langbaine, 1691: An Account of the English Dramatic Poets 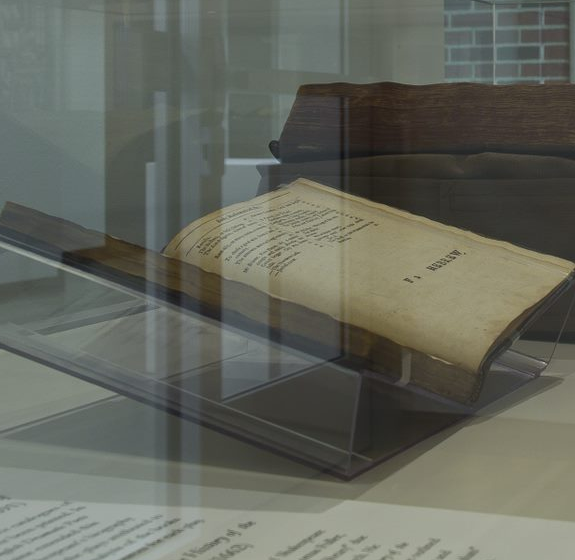 William Shakespeare died on April 23, 1616, and was buried inside Holy Trinity Church in Stratford-upon-Avon. The simple gravestone is inscribed with an epitaph that takes the form of a curse: “Blest be the man that spares these stones, and curst be he that moves my bones.” Seven years after his death, a group of actors and publishers produced the book we now call the First Folio, a collection of his plays. Just as Shakespeare’s tomb offers both a blessing and a curse, Shakespeare’s tome is presented as preserving and perfecting his literary corpus. As Ben Jonson declared in his poetic tribute, “Thou art a monument without a tomb, and art alive still while thy book doth live.” 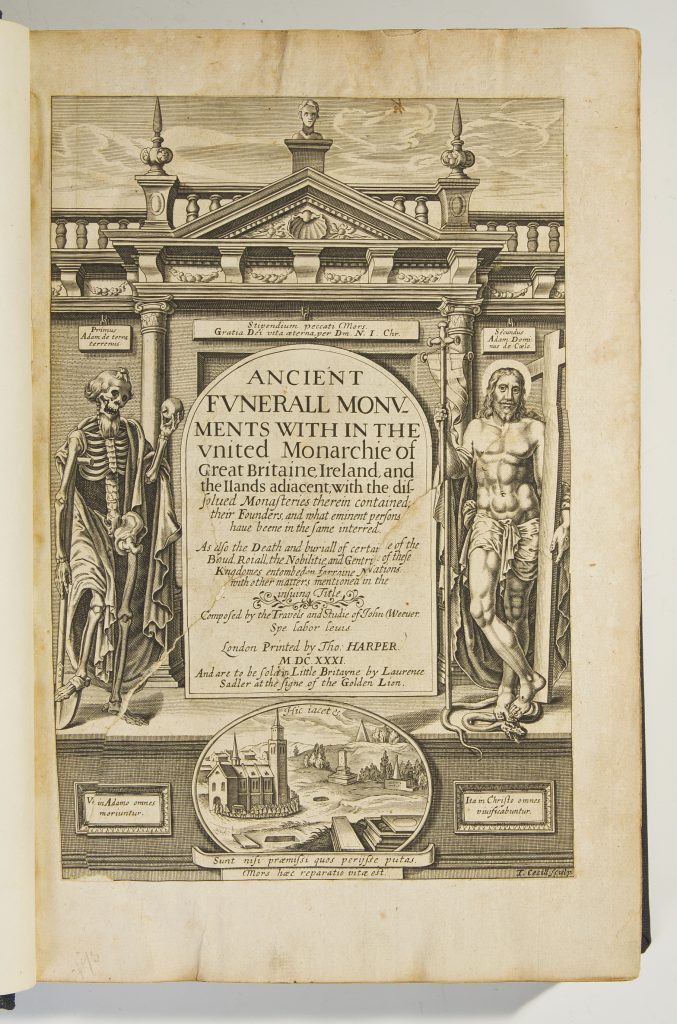 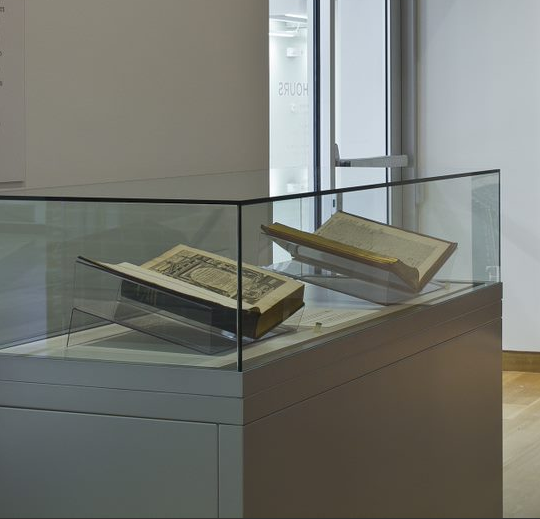 #47
William Dugdale, 1656: The Antiquities of Warwickshire

Renaissance readers were trained to encounter books with a pen in hand in order to mark them up and take notes. Simply reading a book was not enough: a proper reader should actively use the book, taking the time and expending the effort to fully comprehend its meaning. This form of reading was aimed at a practical or intellectual goal: a used book should be incorporated into one’s own writing. The image of the “book wheel” presents an idealized scene of reading in which the diligent scholar consults multiple books at the same time.

However, readers did not always use books for their intended purposes. These three items present examples of books that demonstrate the variety of unexpected and striking ways in which Renaissance books were used. 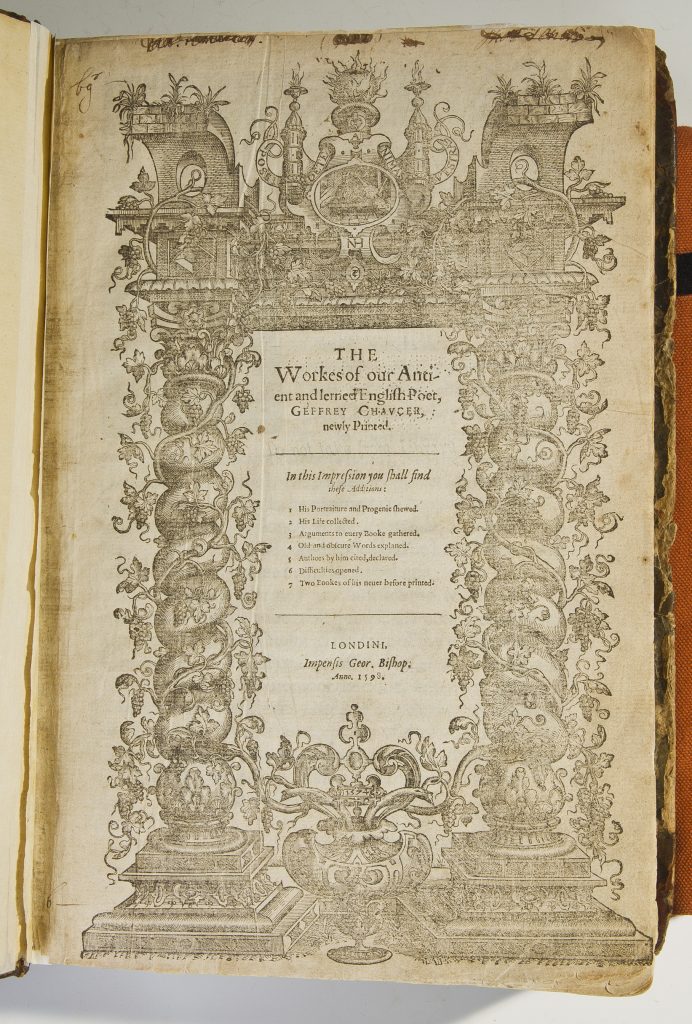 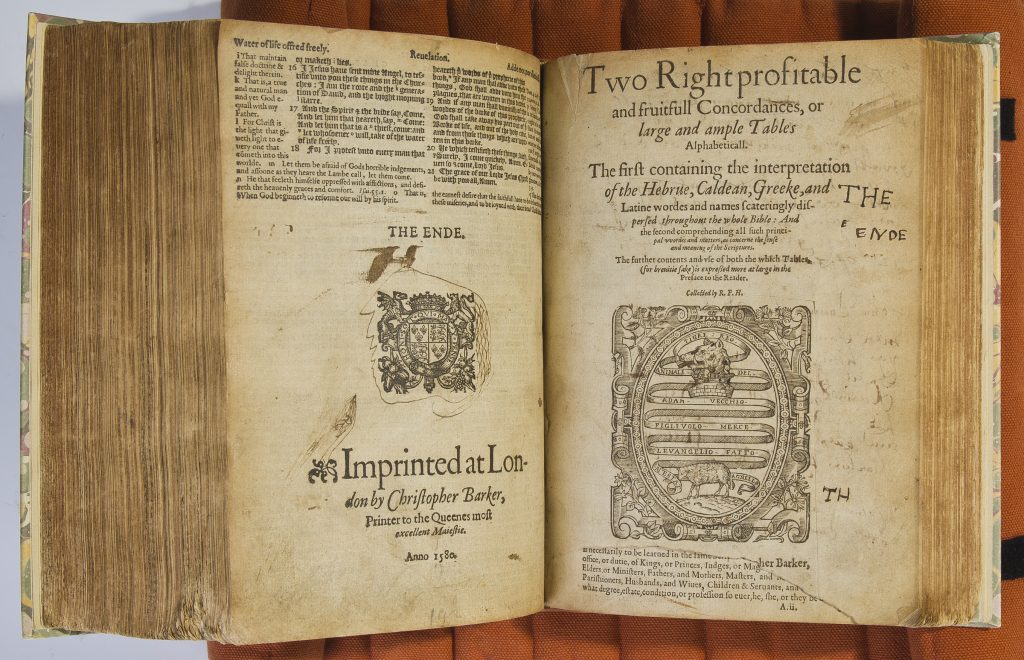 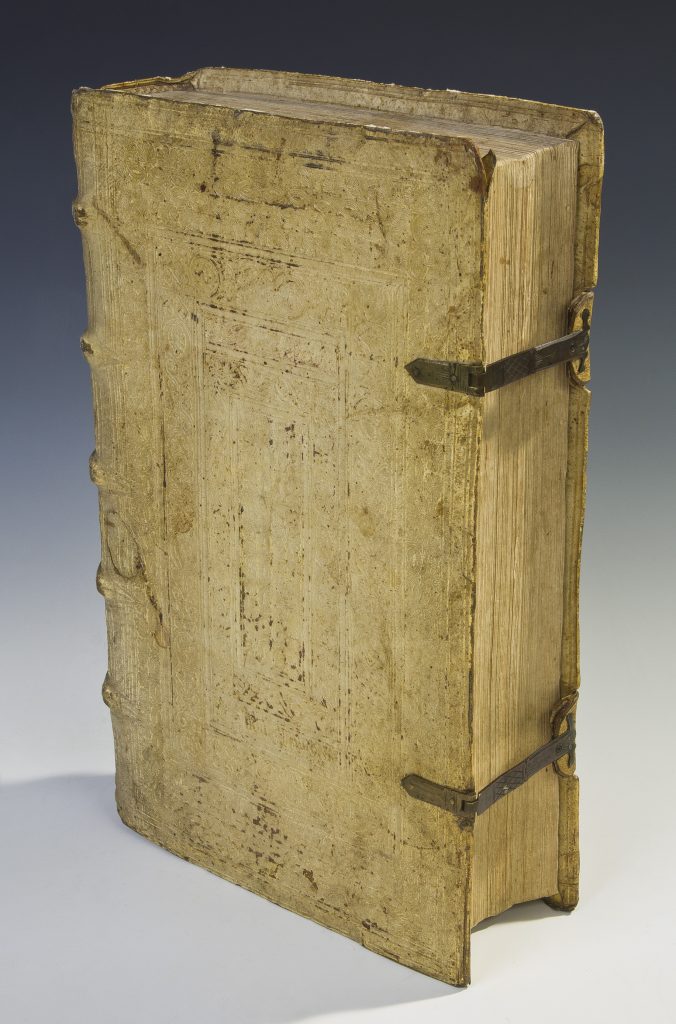 In the century after his death Shakespeare’s reputation depended on performances and adaptations of his plays, as well as the publication and circulation of his works in print. In the eighteenth century interest in Shakespeare intensified. He was canonized as the national poet of England, and was even known as “the god of our idolatry,” as the actor David Garrick proclaimed at his spectacular Shakespeare Jubilee. At the same time, scholars began editing Shakespeare’s works and grounding his biography in historical research.

There was an insatiable desire to access and acquire more and more Shakespeare, which led to a search for new historical evidence. The potential reward for making a new discovery was so great that a few intrepid individuals simply invented documents, and even entirely new “lost” plays. This began the long tradition of faking and remaking Shakespeare to suit contemporary desires. 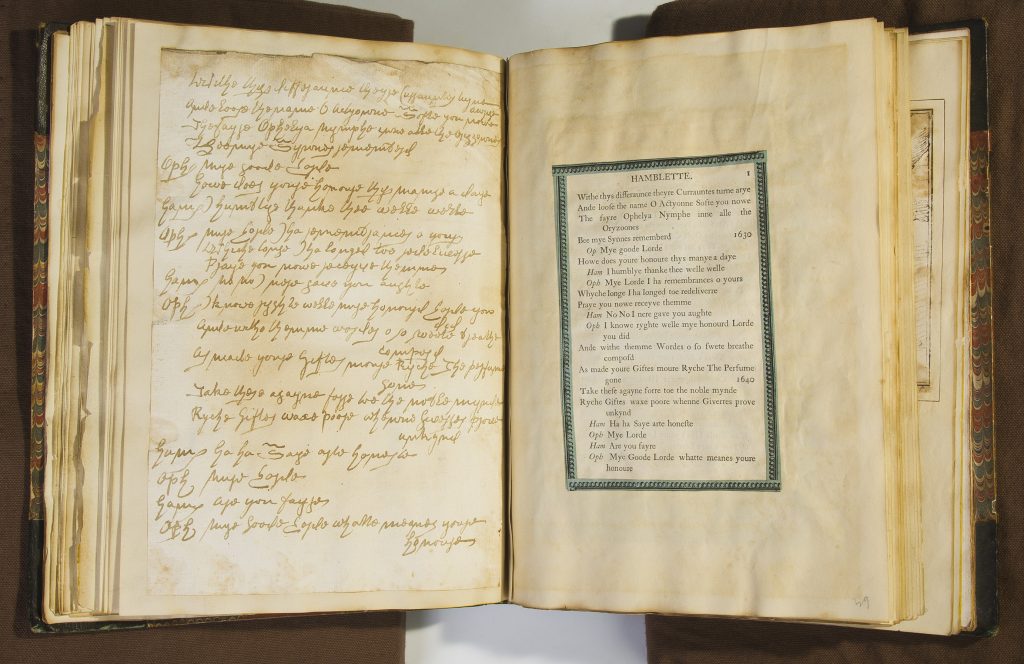 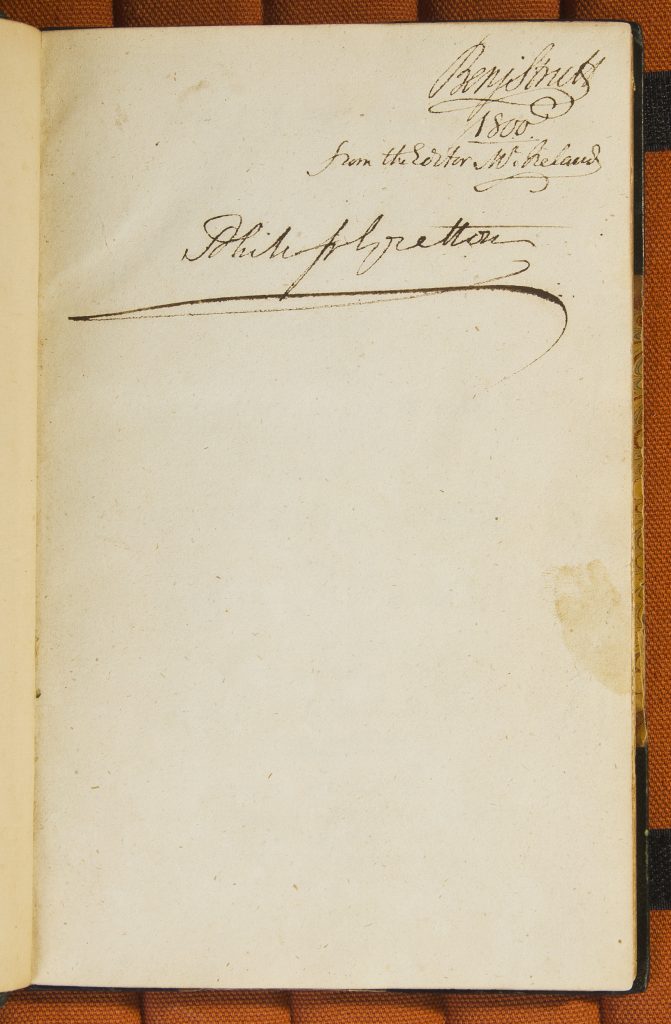 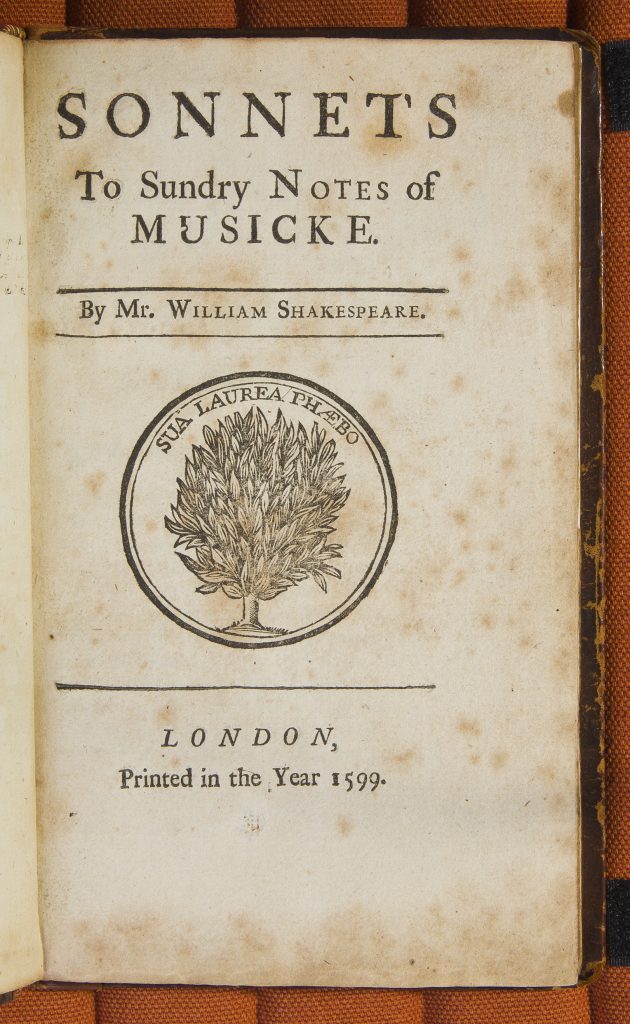