In grammar school Shakespeare read a number of small, portable editions of the classics designed for the use of students and scholars. The works he encountered in his youth provided the foundation for his career as a writer. Ovid was the most important literary influence on Shakespeare, and he was widely identified as an Ovidian poet by his contemporaries. Ovid’s Metamorphoses and his love poetry inspired much of his early work. Latin comedies, such as those of the Roman playwright Terence, provided important dramatic models. Some of these texts were available in accessible translations, such as the edition of Cicero and the parallel Latin-English translation of Terence featuring on this page. Shakespeare also read the bible, represented here by a tiny New Testament designed for private devotion rather than public worship. 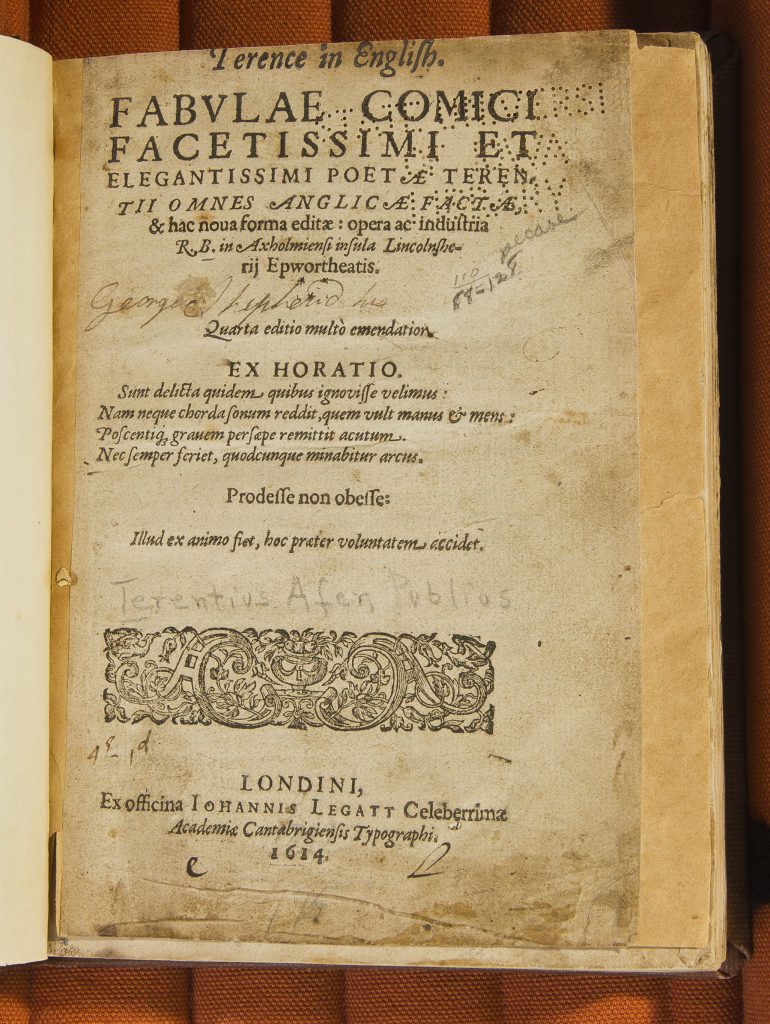 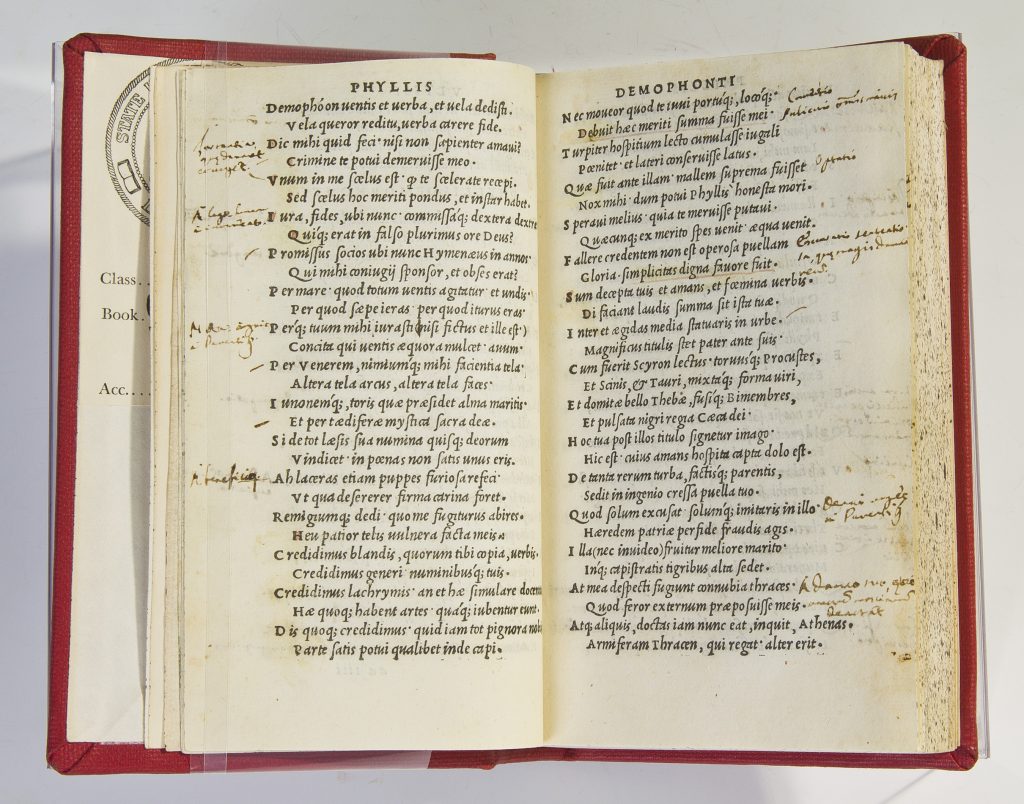 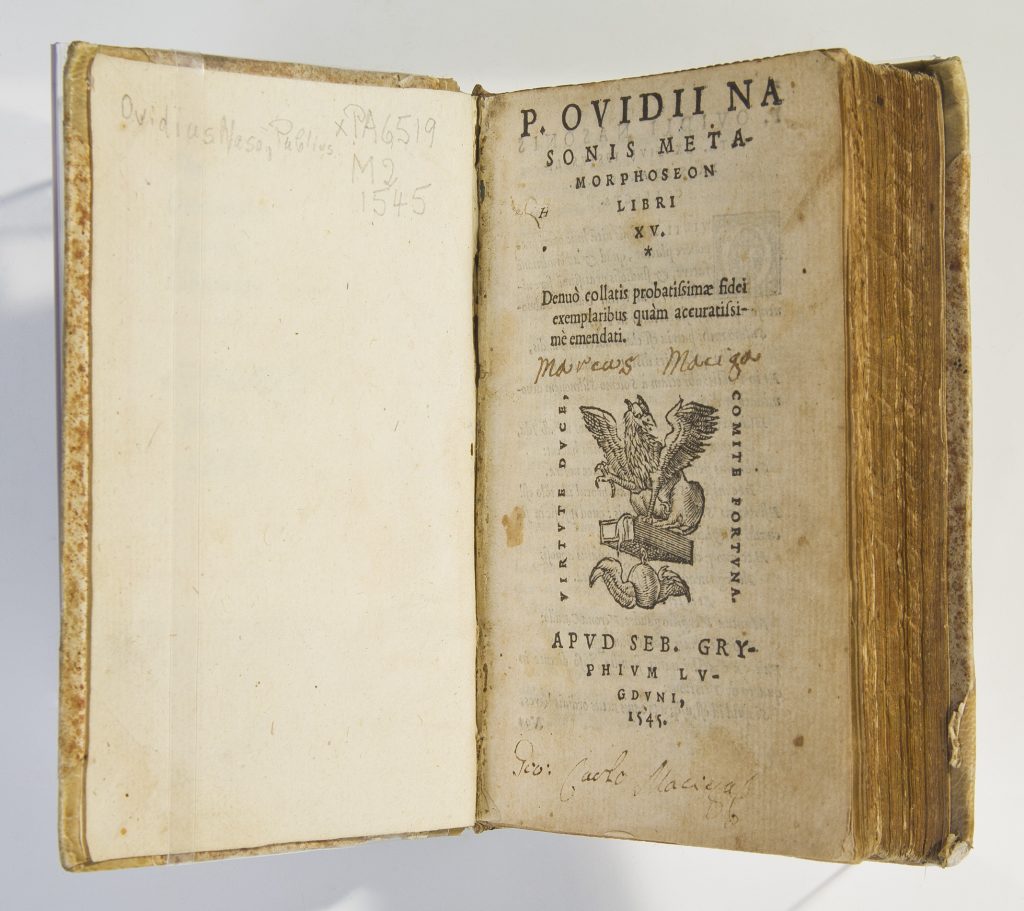 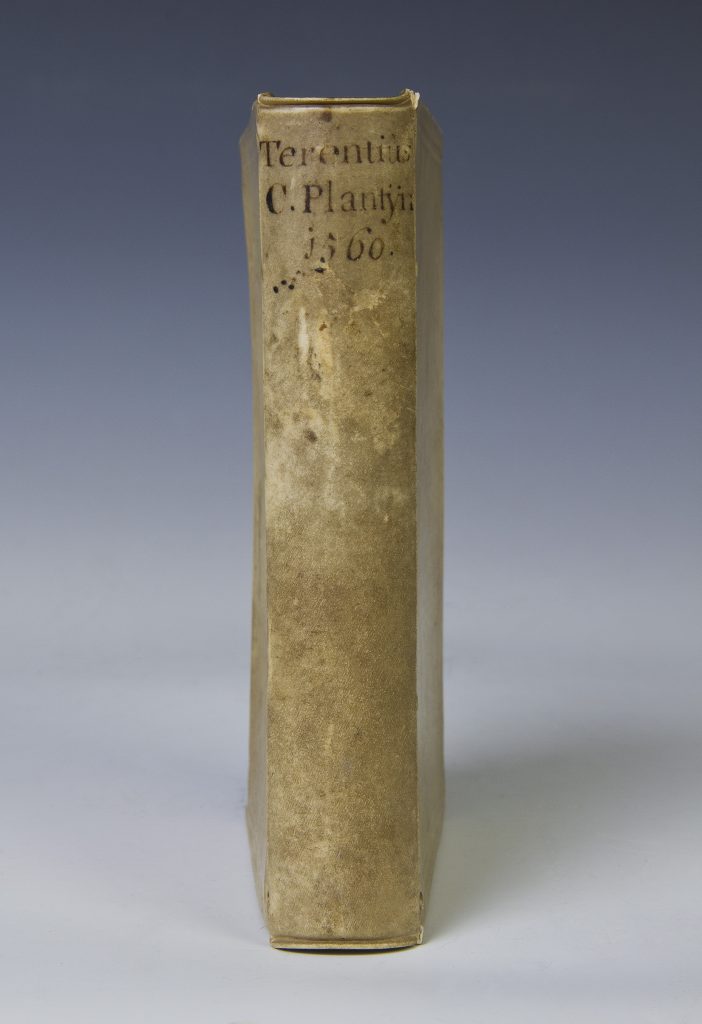 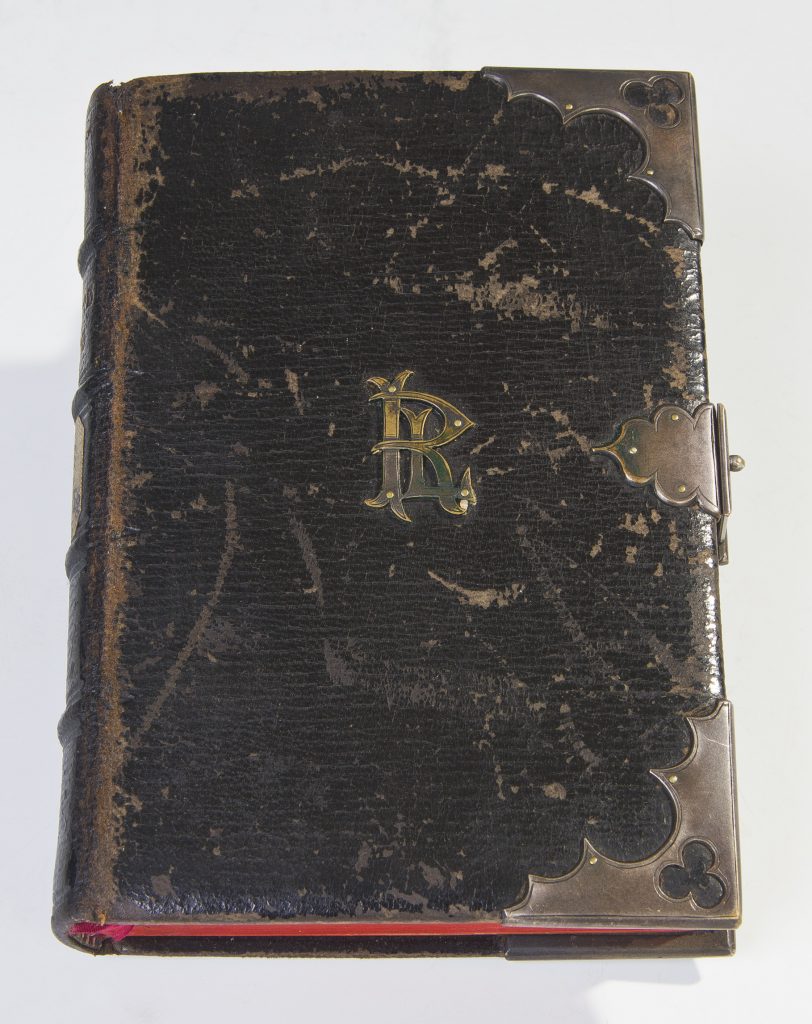 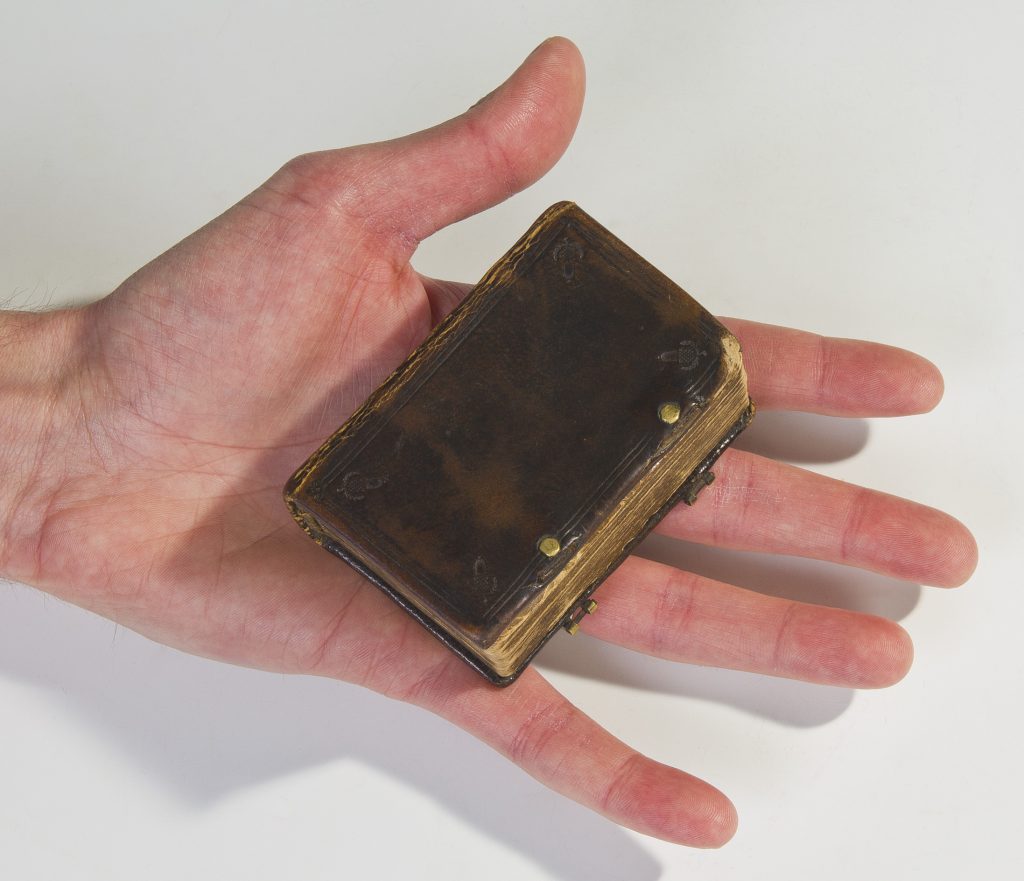 The history play was Shakespeare’s signature genre, and several of his most popular plays—such as Richard III, featuring the notorious villain whose heraldic symbol was the violent wild boar—were based on history books. Holinshed’s Chronicles was an important source for Shakespeare, providing the basic narrative material for many of his histories and tragedies. A Mirror for Magistrates traced the rise and fall of English monarchs from the past, transforming their stories into moralistic tragedies. Shakespeare’s histories often commented on sensitive political topics, such as Richard II, which recounts the death of King Richard II at the hands of the future King Henry IV. The danger of engaging in such criticism near the end of Queen Elizabeth’s reign is represented by John Hayward’s prose history of these events, which was censored and suppressed, thus requiring a false imprint to avoid detection by government authorities 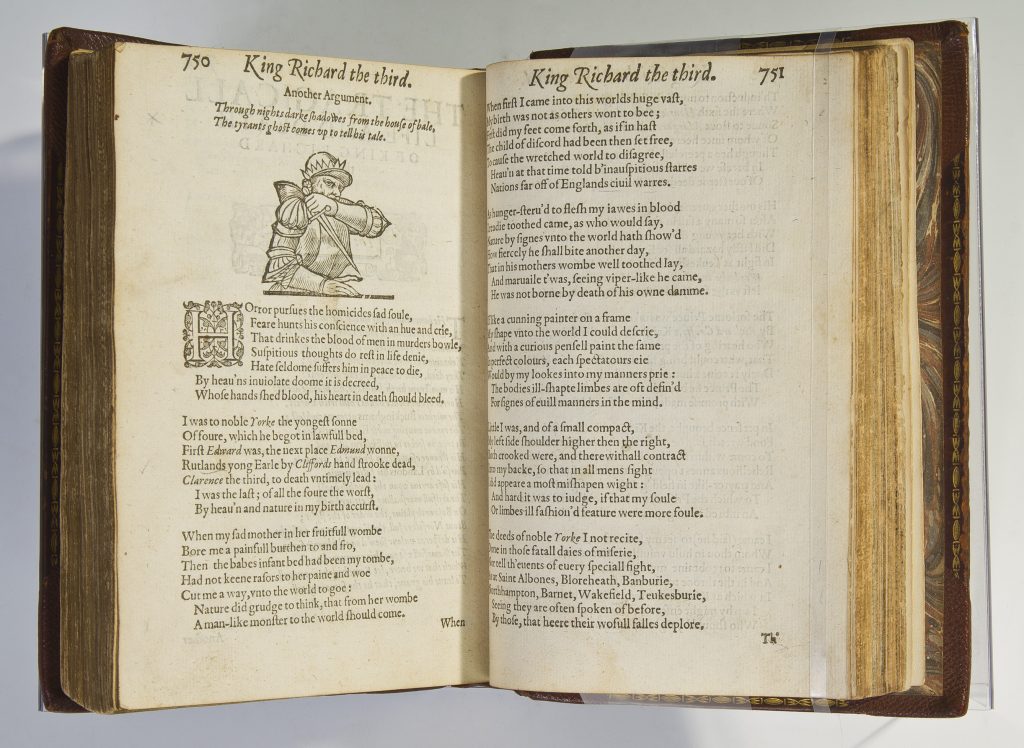 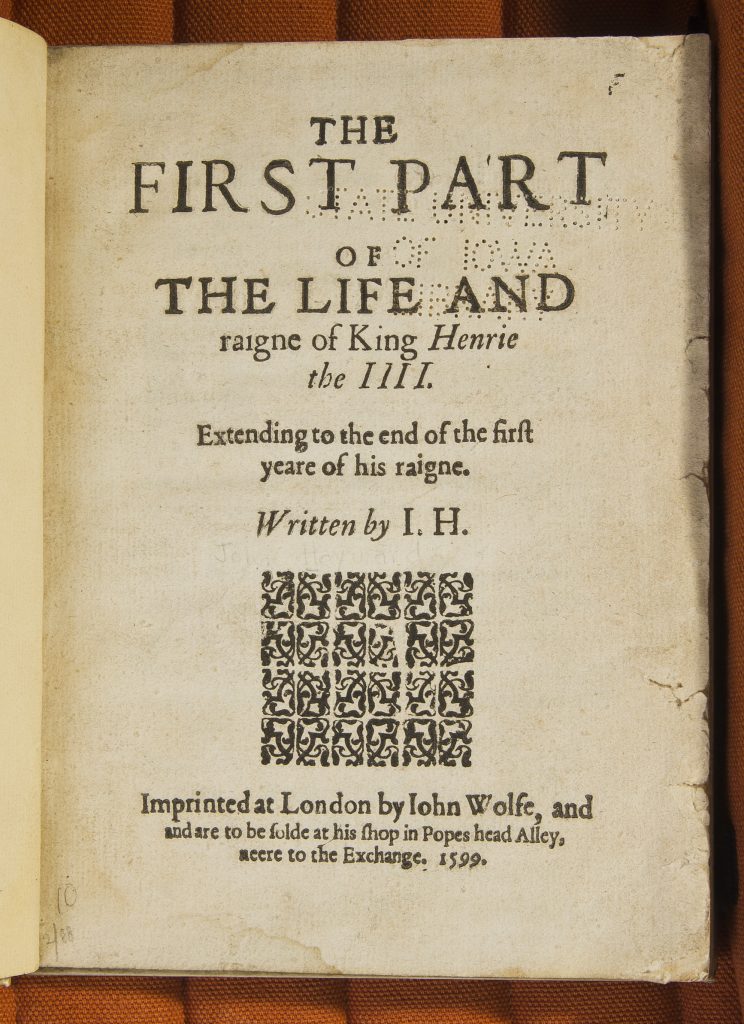 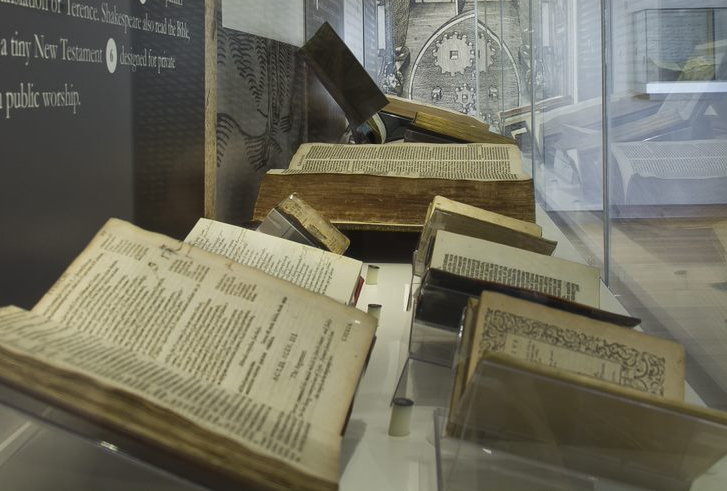 Shakespeare lived in a time of extreme religious conflict. England endured rapid and violent shifts between official Catholic and Protestant identities in the sixteenth century, and the relative stability of Queen Elizabeth’s reign was still characterized by religious dissent. There are no doctrinal commitments evident in Shakespeare’s works, but his plays react to the tumultuous environment, reflecting a thoughtful engagement with contemporary religious and political issues. John Foxe’s Acts and Monuments presented a history of English martyrs, and its striking images demonstrates the power accorded to the printed word. Religion was also tied to international economic and political conflicts. Richard Knolles’s General History of the Turks provided a crucial context for Shakespeare’s exploration of these issues in Othello. 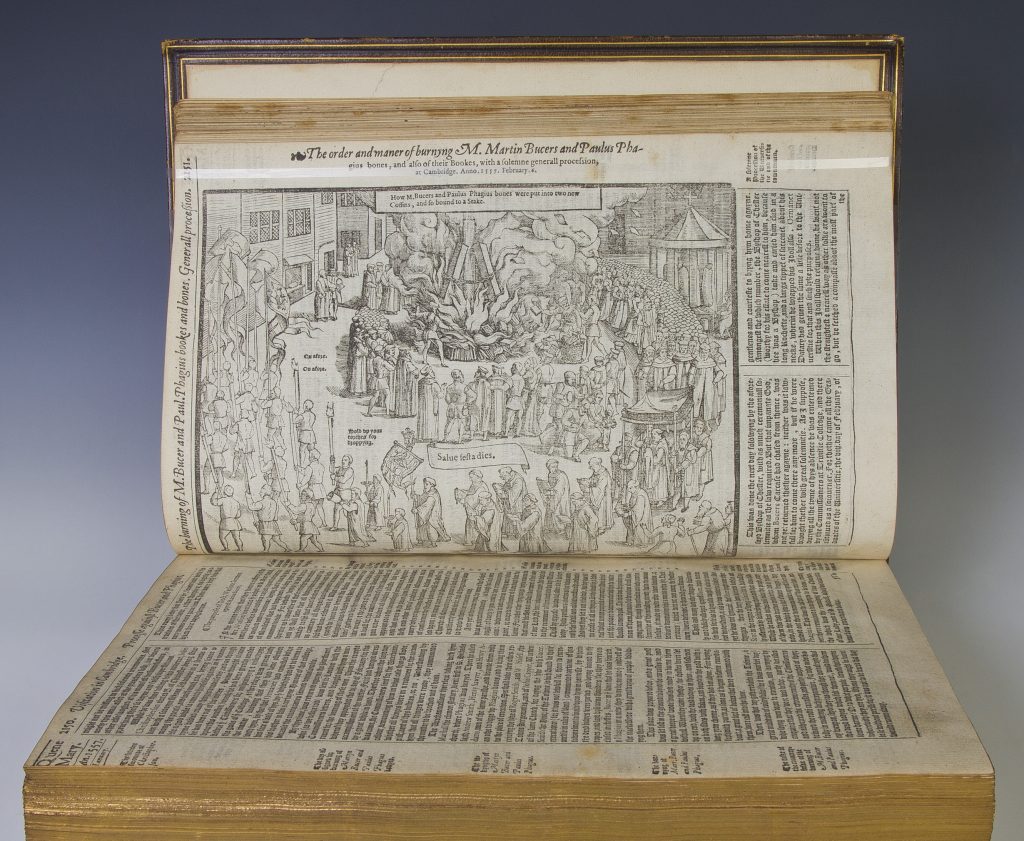 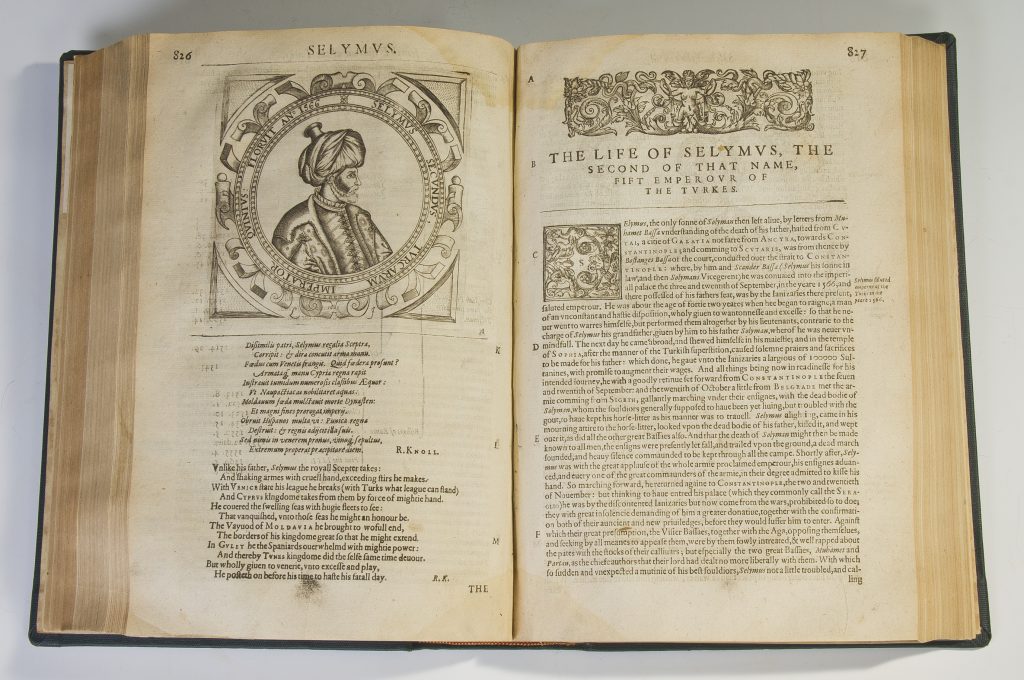 The fascination with witches and devils—so evident in Shakespeare’s Macbeth—was a result of changes in the religious and economic environment in England. The controversial and spectacular practice of exorcism initially brought fame to John Darel for his exploits. Yet he was later exposed as a fraud by writers such as Samuel Harsnett, who revealed the events as nothing more than elaborate performances. Shakespeare read Harsnett when writing King Lear, in which Edgar goes mad and utters the names of devils (such as “Fliberdigibbet”) found in the Declaration of Egregious Popish Impostures. Scholars such as John Cotta and Reginald Scott examined witchcraft with a rational skepticism that drew on scientific and social issues. Scott’s Discovery also demonstrated the appealing theatrical nature of witches by revealing their tricks. 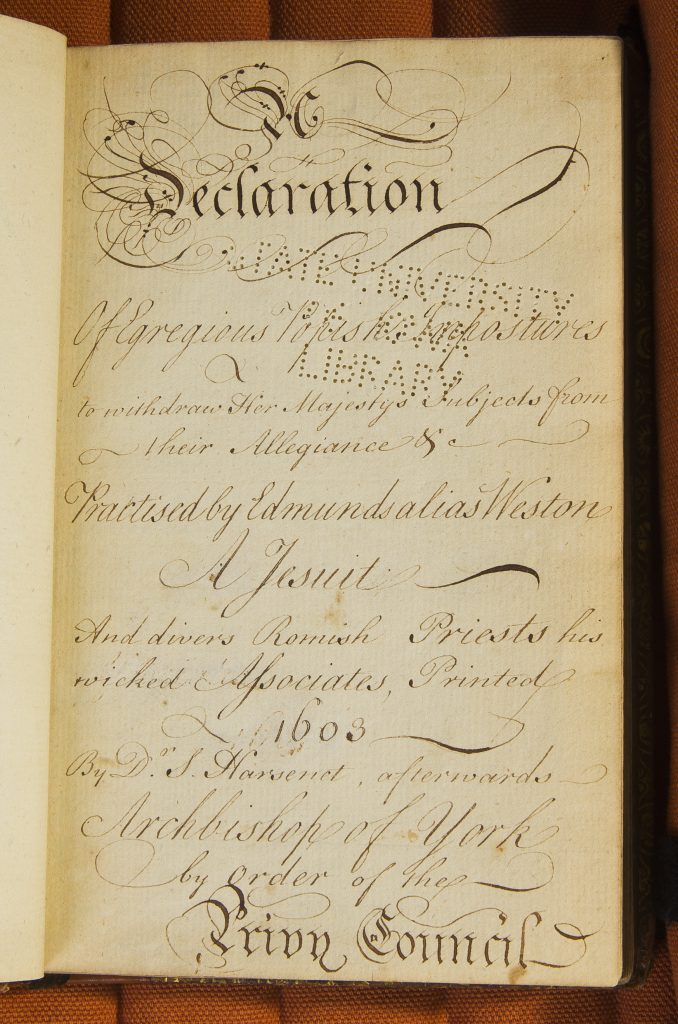 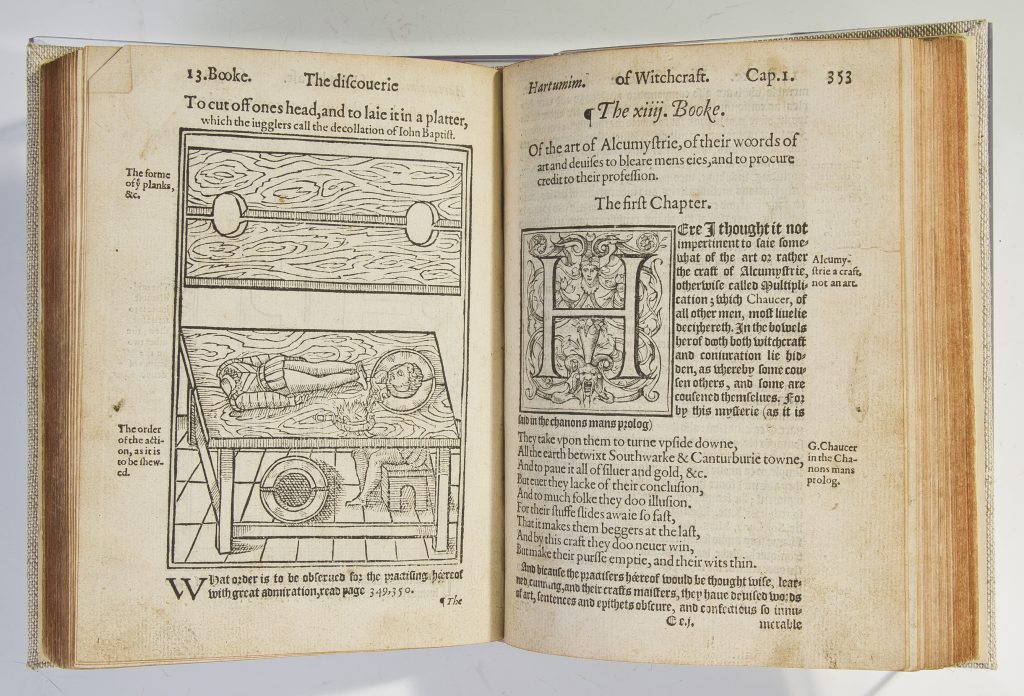 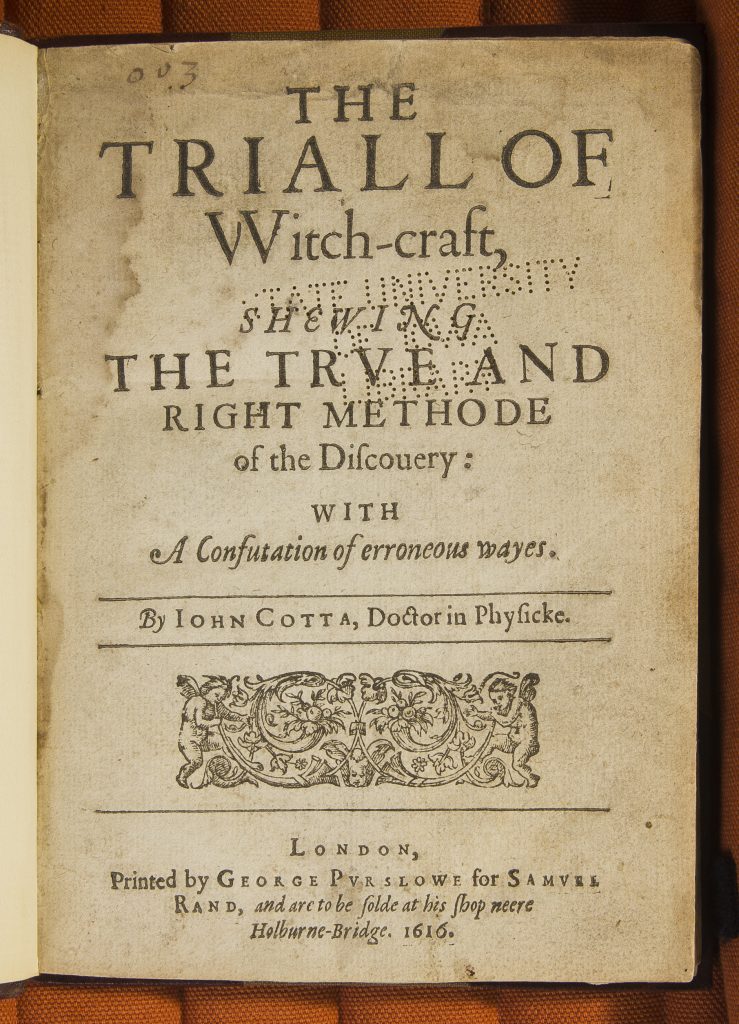 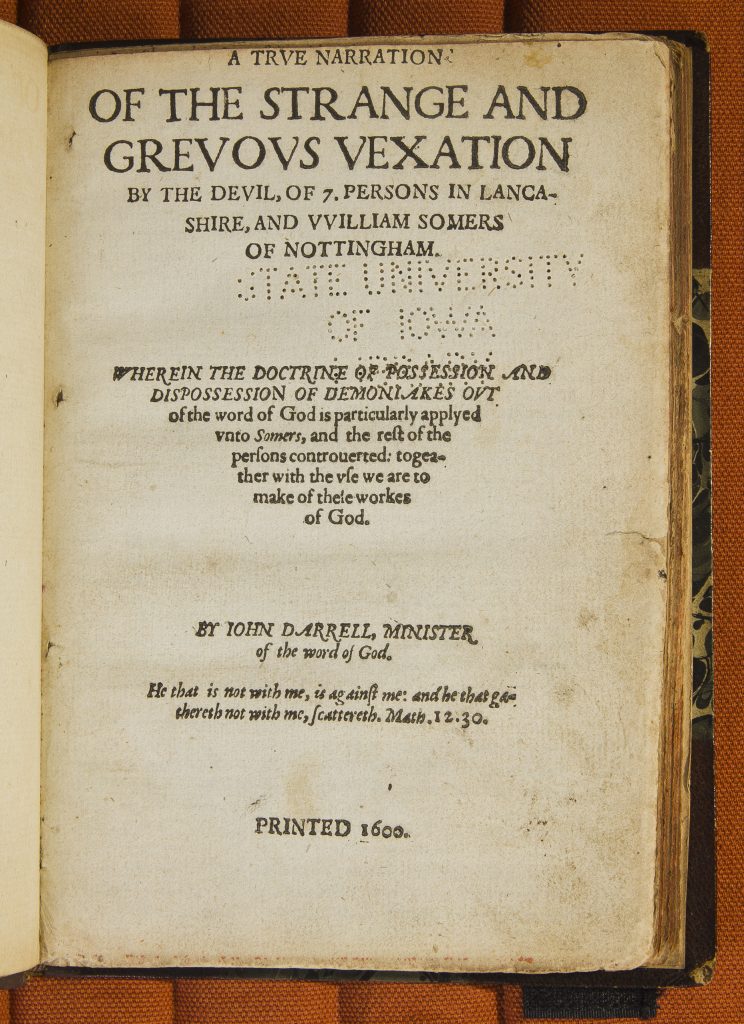 #16
John Darrel, 1600: A True Narration of the Strange and Grievous Vexation by the Devil 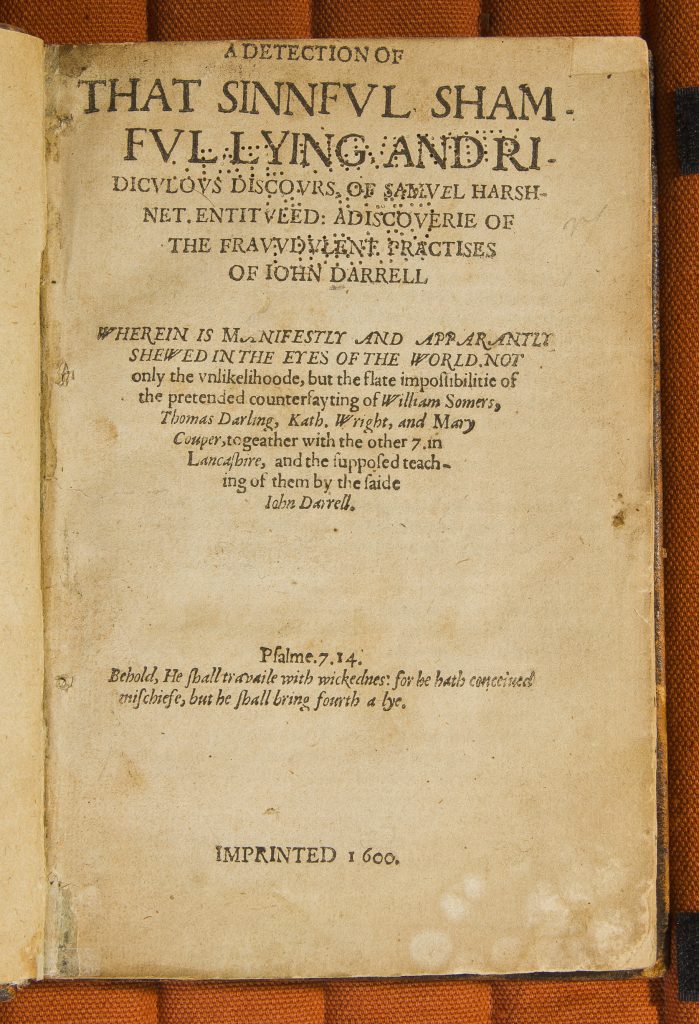 #17
John Darrel, 1600: A Detection of that Sinful Shameful Lying and Ridiculous Discourse of Samuel Harsnett

Shakespeare was an avid reader of poetry, plays, and other literary genres, but he was also inspired by practical everyday texts. The “shepherd’s calendar” was a compendium of useful information similar to an almanac, and was an extremely popular genre. Edmund Spenser, one of the most important English poets of the period, fashioned his first major work on the model of a calendar, writing a cycle of twelve poems, one for each month, including the poem for “October” which praises the value of poetry. Robert Farley’s calendar imitated Spenser by tracing a man’s life from spring through winter, providing several entertainingly emblematic images. The format of the books here demonstrates the kinds of poetic and practical books familiar to Shakespeare. 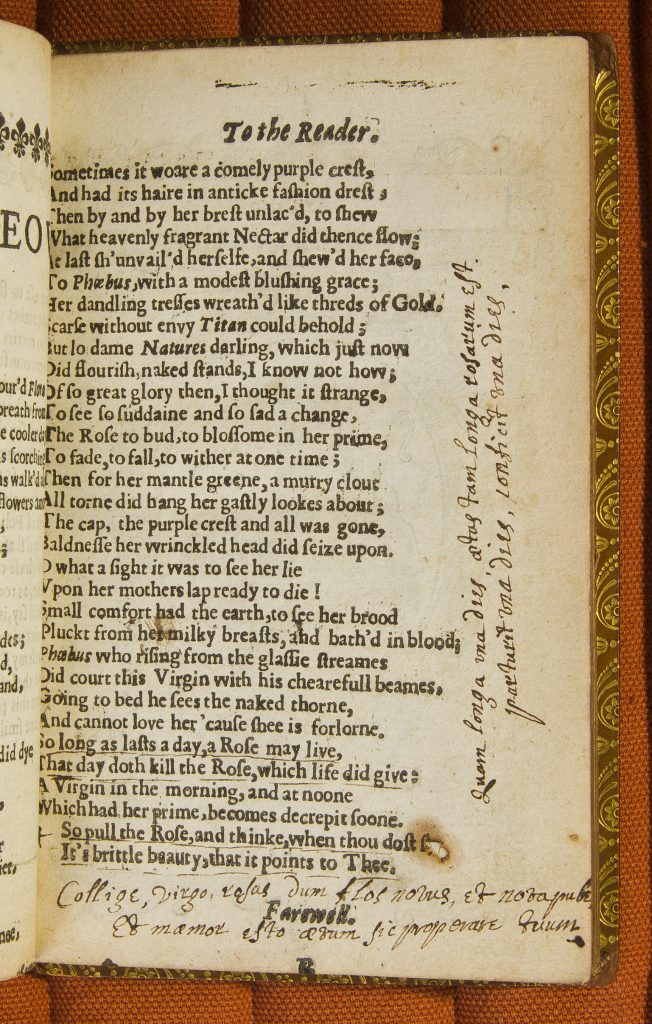 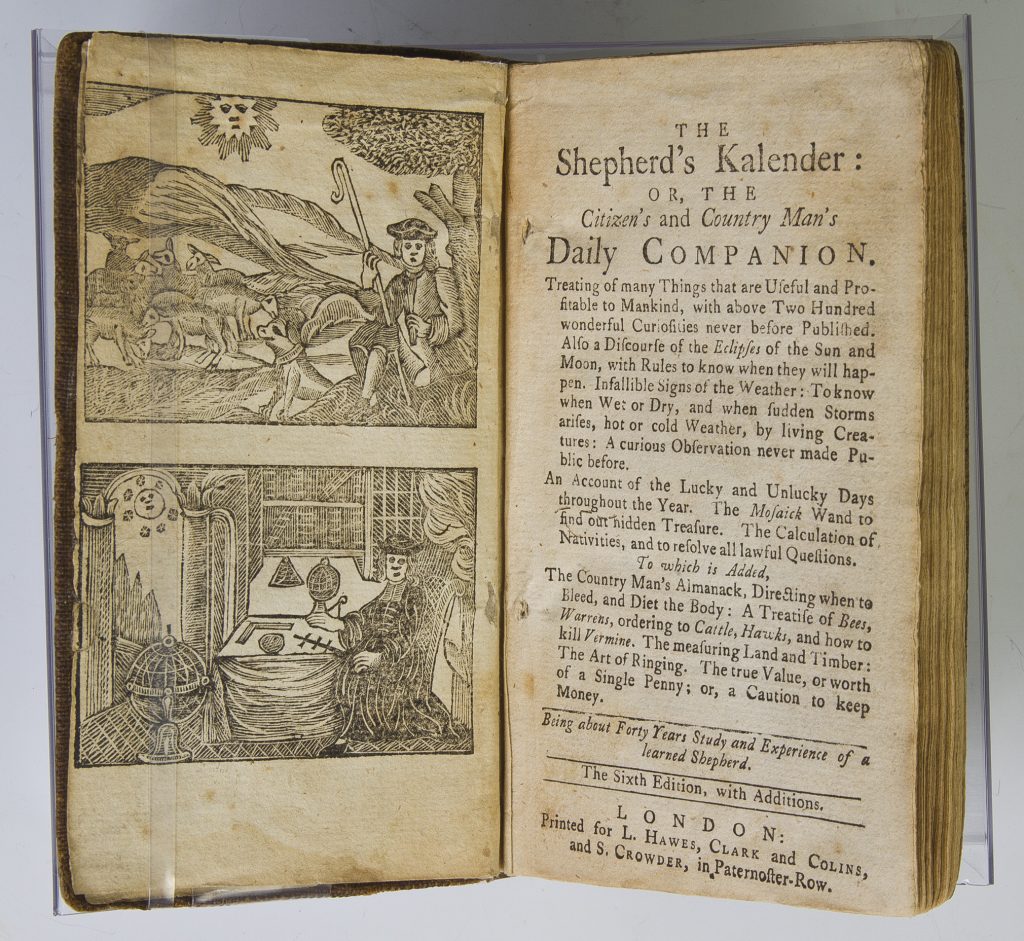 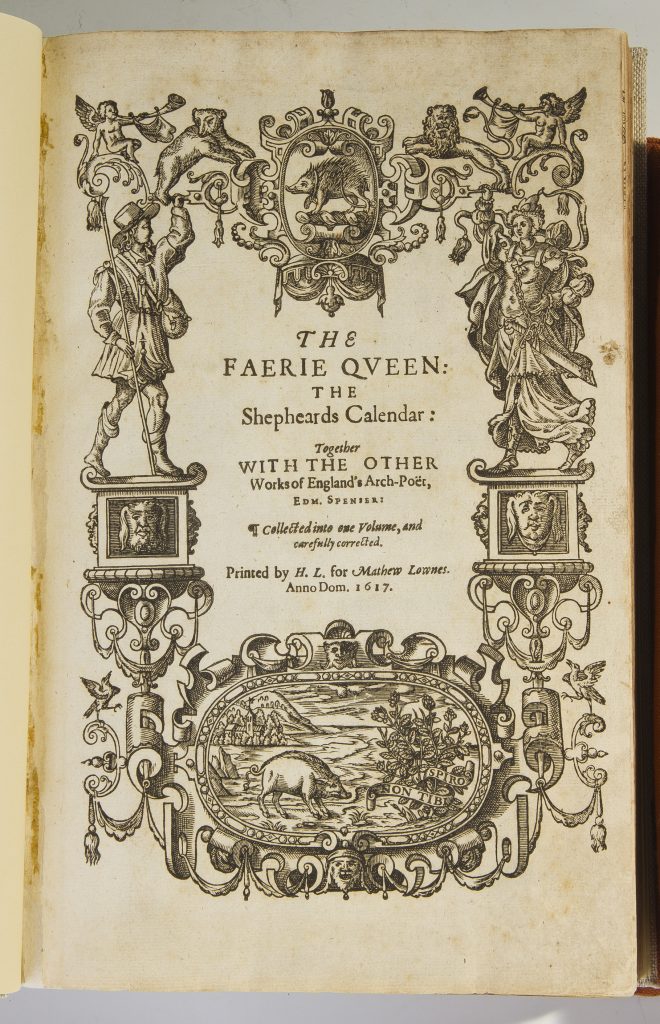